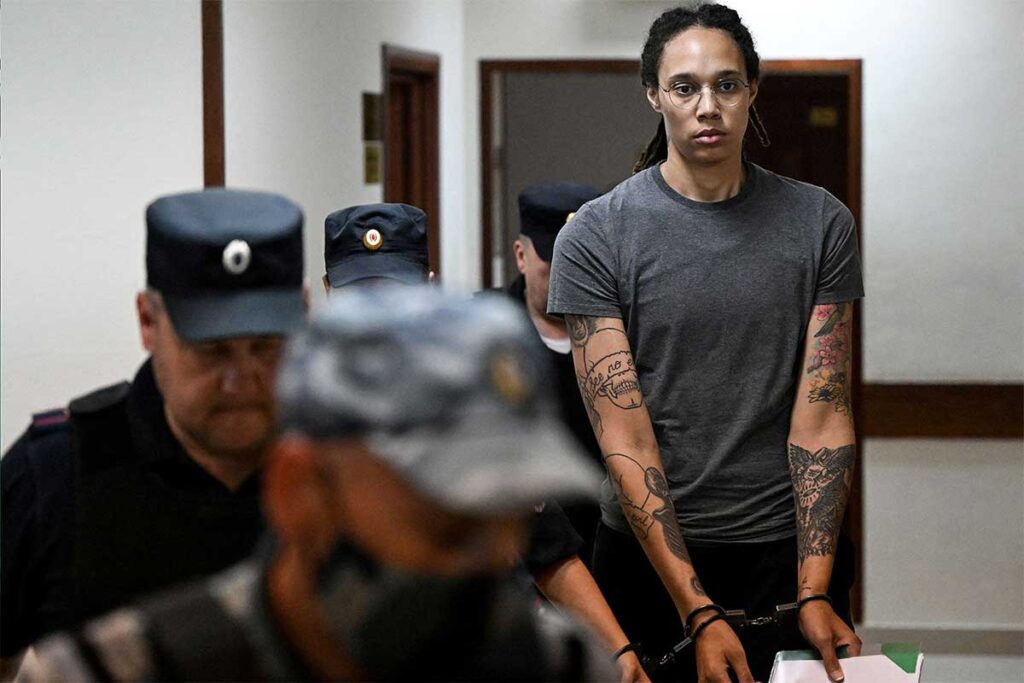 Brittney Griner has been released from Russia after being caught with drugs but who she was traded to Russia was Victor Bout who was a weapons supplyier for many countries around the world. He only had about 6 or 7 years remaining on his prison sentence. The United States didn’t get any other Americans in trade because of the few years remaining on his sentence. In the sports world though Brittney Griner on the other hand is a world famous basketball champion. Her twins are named Ava and Solei her children come from her ex-wife. Brittney Griner is re married to Cherelie Watson.

Victor Bout once was named the angel of death because he was able to move around the world selling weapons to many countries. Victor just landed in Russia today and the United States is still working on getting at least 2 Americans and the plans to get these individuals home seem to be moving ahead so all is looking up and President Joseph Biden did an amazing job getting Brittney Griner home. We hope good luck is in Brittney Griners future with her family.