Attorney General Merrick B. Garland, who is by law supposed to protect all the justices of the United States Supreme Court, has failed at his job. Protesters are picketing outside the homes of Judge Kavanaugh and other justices’ houses, notably those on the right, but Garland won’t do his job. It’s as if the Biden Administration wants something to happen to the justices, so that they can pick new ones with their agenda in mind. This tactic was made abundantly clear, as a man was arrested by the FBI for attempted murder. Yet Garland was  nowhere to be found, and these protesters are still daily protesting in front of Supreme Court Justice Brett Kavanaugh. I wonder if President Biden and Merrick Garland will be will ever be cited for refusing to arrest the protesters, which in fact is a violation of federal law. 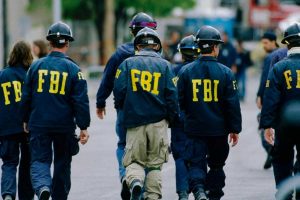 In addition, AG Garland should be prioritizing the investigation of the firebombing on a pro-life facility on June 7. These attacks are becoming more frequent, and even churches are being firebombed. These are all felonies, with potential assault and murder implications, and arresting and convicting these terrorists should be the top priority of the Department of Justice.  If I were President of the United States I would be giving the FBI, ATF, and all law enforcement officers carte blanch to find and bring these hoodlums to justice.

In the past I said I would quadruple the amount of agents for the FBI and I will be doing the same for the ATF and all our special agents from all the branches of federal officers. But just as importantly, I will make sure that the leadership is highly competent and doesn’t play favorites with political entities, and in fact actually do their job of upholding justice. As such, I will task these agents with even bigger areas of responsibility, including all the pay raises I will be giving the (FBI) all the agents will receive an additional special pay for the special agents they will receive at least $1,000 dollars hazard duty pay and it is not taxable for these agents are of high respect and admiration for their lifesaving ability. Appropriation to pay these agents will have to be legislated through Congress, and I will make sure that they understand the importance of increasing the budgets.