Nicholas John Roske was arrested today and charged with attempted murder when agents of the FBI took him into custody. He has been charged with the attempted murder of Supreme Court Justice Brett Kavanaugh. Initial indications are that Roske is not entirely cogent with his crime. Yes, it is serious no matter the condition of the alleged perpetrator, and there was premeditation during his confession to police during the initial interview by the arresting officer. In no means is this an excuse to his behavior, and he should be looking at both serious criminal ramifications and punishment, in addition to his questionable mental status. Nevertheless, we have to be thankful that his actions were not fully implemented, and shudder to think of what a rational, evil person could have perpetrated instead. 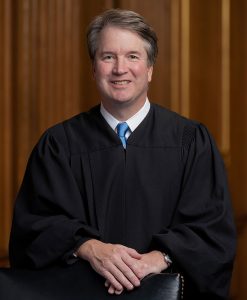 However, while not directly leading to this alleged perpetrator’s actions, what is troubling is that he may have been affected by statements and actions that were actually committed. First, the Dobbs v. Jackson draft opinion by Justice Samuel Alito, which presumes an opinion joined by four other justices that would effectively reverse the eponymous 1973 Roe v Wade abortion decision, was leaked to the public. This alarmed many supporters of federally-mandated abortion protection, and set off a national firestorm of protests by activists and proclamations by politicians on both sides of the issue.

From there, the escalation occurred when the addresses of the six justices appointed by George H.W. Bush, George W. Bush, and Donald Trump were doxed, with people breaking federal law by protesting at their homes. The Justices have had daily protests in front of these justices’ homes while their families have had to move to undisclosed locations.  While this is bad enough, Senate Majority Leader Chuck Schumer stated, “I want to tell you Kavanaugh: you have released the whirlwind, and you will pay the price.”

Now a man has actually been arrested and charged for attempting to fulfill Schumer’s warning. Should Senator Schumer be investigated in connection with incitement as well, particularly if the alleged perpetrator alludes to Schumer’s speech? If former President Trump had made such a statement, the FBI would have been swarming Mar A Lago with warrants on end for his questioning. Even President Biden, with his horrific performance in the Oval Office, would finally be up for impeachment. Very troubling. We at Shockwave.us pray for the safety of all Supreme Court Justices, and in fact all Americans, from politically-incited violence.