Farmers in Ukraine have 25 million tons of grain in storage and they are preparing to harvest the grain again but they don’t have any place to store the new grain. U.S. Attorney General Merrick Garland arrived yesterday to organize a war crime tribunal over incidents caused by Russia in their invasion of Ukraine, stating that there will be no place to hide for the instigators. 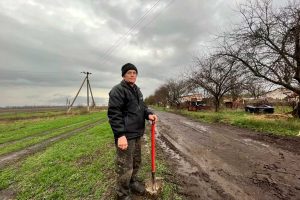 Now Russia is blocking any ships from moving the grain to market by ships and this war crime is exactly what Russia will be charged with. It’s sad that President Biden is to scared of Russia attacking the United States that he won’t let our military jump into the fray and spank those ships in the Black Sea. Russia is just slaughtering the Ukrainians with thousands of missile strikes. Biden should send Howitzer artillery to Ukraine along with a few hundred of our most advanced missile launchers with at least 1 million missiles so they can wipe Russia out of the occupied territory.

Does everyone remember when Iraqi invaded Kuwait  august of 1990, we didn’t hesitate to help out Kuwait. Well, its time to suit up and help Ukraine and you just need a set of manhood. Grow a new pair President Biden you coward! Stop running home from the White House every weekend and save these beautiful Ukrainian people who believe in God. Remember you wanted to be President of the United States, Joe, well “come on, man!” as you always say.