Ukraine is still under the threat from President Putin and the Russian Army. Big news here is Russia threaten the United States again and he has said in the past he is warning about nuclear weapons and that scares President Biden and hopefully it won’t deter our President and his cabinet from sending military aid into Ukraine. There appears to be conflicting reports on the ground, however, particularly in the region surrounding Donetsk, as to the actual attacks on the citizens themselves, and what units are instigating the attacks. Shockwave.us will maintain its diligent eye on the war, particularly atrocities against its citizens no matter who is propagating the violence, as it progresses. 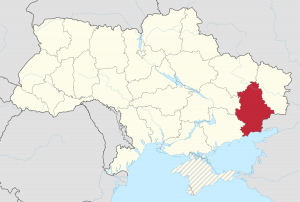 In other developments around the domestic economic front, we also keeping an eye on the numbers when it comes to inflation. In particular, we will idenfity any trends that indicate if we are going to go into a recession. Gasoline has skyrocketed, and food has jumped almost doubled in price. Petroleum products like fertilizer, plastic, and all products that we need to have to keep our food fresh have also been doubled, even tripled in price. Let’s hope that President Biden stops with all his energy negative issues.