Now today’s story is going to be more defining and expose the subterranean path of “dishonesty”. Dishonesty is where Communism has its foundation, and where so many people lose their lives, wealth, and starve their desire to live happily with peace and with the ones they love. When you stifle one’s spirit and you persecute one for their beliefs you take away their humanity, and they can’t grow as a man or woman, as well as stop them from raising their family in harmony. When we are brought up with a mother and father who love us and teach us the difference between right and wrong, we become good human beings and grow with love and kindness. We treat our friends and neighbors with love and kindness; when we need help they show up in droves. And we even treat strangers with kindness and decency. That is how I feel being an American loved, and treated with kindness and humility. Now on to our main story about Twitter and Elon Musk.

Elon Musk is on record for buying Twitter for a nice sum of pocket change: 44 billion dollars. Here is where the problem comes into play because in his tender he says he will buy the company as long as live, active humans represent at least 95% of the total number of user accounts. This is a crucial figure in which marketing needs to present to advertising clients the true pictures of how many people are actually effected by either the sight of ads, or more importantly, interacting with the ads by going to the advertisers’ company and sales sites. This leads to how much revenue can be procured in charging for such ads, in which they report such profit to the Twitter board and to the Securities and Exchange Commission (SEC), which is required documentation of company financial performance provided to their stockholders. To that end, one of Elon Musk’s requirements of Twitter in buying the company at the full price of 44 billion smackeroos is that the bot percentage could not exceed 5%. 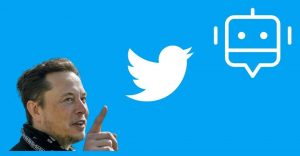 During the course of investigation, however, Musk’s team has found far more than 5% of the user accounts to be bots. He has indicated that there is at least a rate of 20%, FOUR times the maximum number of bots that was agreed upon on the original deal. But it gets much, much worse, as that is only the amount of bots that were EASILY found. A more precise audit will uncover many more. In fact, it seems that there may be as many as 50% to 80% bots, which would potentially make Twitter the instigator of the most criminally liable corporate financial theft in United States, and most probably world, history.

Let me get into the weeds a bit: Ironically, the SEC and even the DOJ is currently investigating Musk’s other companies, notably Tesla, because Musk is using some of his stock from those companies to leverage the sale of Twitter. In other words, the government is trying to uncover potential fraud that would result from Musk’s sale of Tesla stock that would hurt the shareholders of Tesla, and so far have not investigated Twitter’s much more blatant, much greater financial shenanigans played by the Twitter board and CEO in manipulating the Twitter bot percentage. Many financial pundits, however, are puzzled by the government’s actions, as virtually every major deal worth at least hundreds of millions of dollars involve financial actions such as selling stocks and mortgaging commercial assets, and while stock prices can fluctuate over companies involved on the periphery such as Tesla, unless there are illegal financial activities that involve the sale of stock in this manner, there can be no crime nor even actionable civil infractions.

However, the SEC nor the DOJ cannot put off such a blatant show of financial fraud of Twitter officials. If they don’t, Twitter will undergo a massive amount of lawsuits, dwarfing its’ current worth of approximately 34 billion dollars, and most probably end up bankrupting the company, which would automatically invalidate the deal, with Musk not having to pay a penalty, and in fact be in prime position to leverage a full takeover directly with the shareholders.

OK, back out of the weeds. After all these months that President Donald Trump has been banned from Twitter, it may turn out that some of his tweeting infractions that led to his ban have been the result of many of these undisclosed bots automatically downvoting him in the past. If the DOJ pursues action against the former president, then Attorney General Merrick Garland must be fired and charged. We’ll see what comes in the next few months, as this Twitter fallout may be key for more investigations into the fallout of the Biden administration. In related news, the Disinformation Governance Board has been put on “pause,” and its director, Nina Jankowicz, has been let go from her position. It appears that the board will now be eliminated, or perhaps “repurposed” with a new name, but for now, it appears that the Ministry of Truth just couldn’t handle the truth. More on this on a later post.