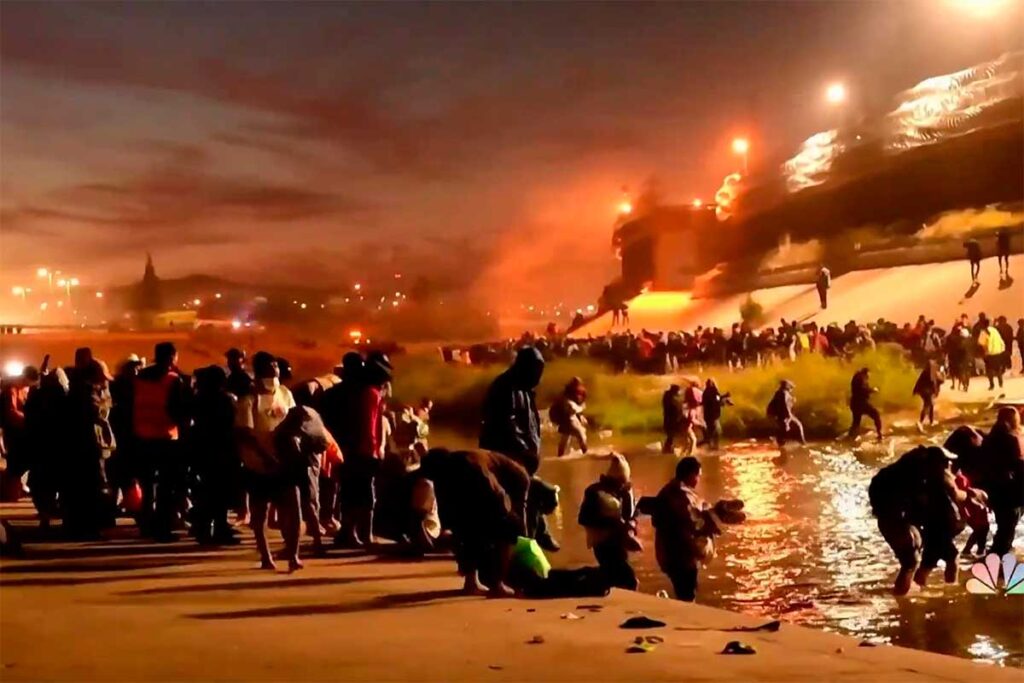 Title 42 is about to expire and we have less than 2 weeks away for the end of title 42. At the southern border along the east and west from Florida to California they are expecting between 15,000 to 20,000 illegal aliens crossing from Mexico into our southern border and their isn’t any way to probably identify these illegal aliens. Remember we have a northern border and the Biden administration doesn’t want white people coming into the United States only people of all other colors.

President Joseph Biden hates white people and he would rather have terrorists, rapists, drug dealers with plenty of drugs to kill our children and young people. President Biden has said in the past that the border is secure when we know he lied about that. He also said the next supreme court nominee would be black and he made sure that his Vice President would be black and so he picked Kamala Harris instead of picking a gay person like Pete Buttigieg but he wasn’t black and their are plenty of black politicians who are black and gay but he doesn’t like gay people. In my humble opinion President Biden is racist but this President only likes black people.