Todays story is going to be about immigration and the terrorists who have been caught this fiscal year that started in September of last year. So far since then, the Border Patrol has caught and identified 50 terrorist suspects, over three times as many as last fiscal year, with three months remaining. When President Donald Trump was in office they only caught about six in his four years in office, mainly due to the relatively small amount of illegal aliens who penetrated our southern border. The United States must be responsible for American security, and we must make sure our country is safe and secure for its citizens to work and live. 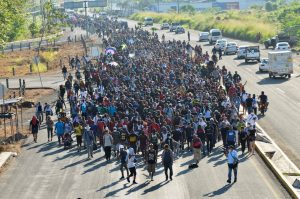 Back in 1971 I joined the U.S. Army, doing my American duty and fight for our country’s freedom and independence. I went to basic training, advanced individual training, then paratrooper training. Then while I was at Fort Benning I applied to be a Green Beret. While I was at Fort Benning and I took a few tests and I passed them I was then going to go to Fort Bragg I had passed my training and was accepted into the training which my two MOS were weapons and demolition. The night before I was to be deployed my friend and I were held up in a robbery attempt, but the MP’s caught them; hence my stay at Fort Benning waiting to be called as a witness to the trial. But we had to wait for the trial of Lt. William Calley, who was charged in the My Lai Massacre and for the murder of 109 Vietnamese civilians. Now when that trial was over they proceeded to prosecute the 5 people who robbed us. Then at the end of that trial I was sent to USACIDC which is a cute name for CID criminal investigation division, where I remained till I was honorable discharged. My point is I love my country, and I’m very disappointed by the way our country is headed.

President Biden, Vice President Harris, and all cabinet and department secretaries and heads, all the way down to Secretary of Transportation Pete Buttigieg: Why don’t some of these lame fools, who can’t do their job, just quit for non performance. What is wrong with our country? Never before have I ever seen such behavior. Even President Jimmy Carter was a buffoon, but this president and his team they are all buffoons. With such leadership, we will be on the precipice for a dozen Lt. Calley’s to appear.