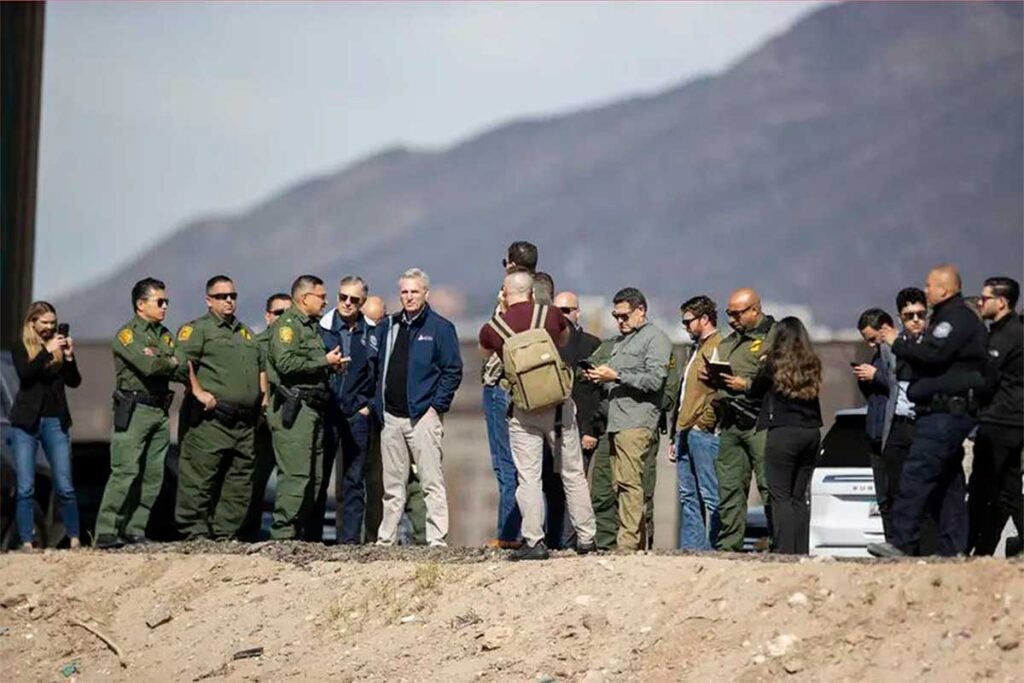 Kevin McCarthy demanded that Homeland Security secretary (DHS) Alejandro Mayorkas resign or he will recommend impeachment hearings for lying to the American people. Secretary Mayorkas has constantly made the statement that the Southern of the United States is secure, to which McCarthy says is a blatant lie. Mayorkas knows that the southern border between the United States and Mexico is anything but secure and all the American People just have to watch Fox News on almost any day you will see all the illegal aliens coming across the border which proves it’s not secure.