In 2021, 107,000 drug overdoses were recorded in the United States, which unfortunately is a new record. In the past Shockwave.us has recorded many such stories, including the manner in which fentanyl which is manufactured in China and shipped to Mexico. From there, the drug cartels (which, unfortunately, dominate over the government in the border region of Mexico) mix it with heroin, cocaine, an crystal meth. China is our enemy and we can easily stop this madness. While it would be nigh impossible to prevent China from stopping the transport of fentanyl, we should start allowing victims’ families to sue China and have a bank account where the families can be compensated from a slush fund. 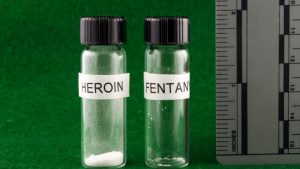 If I do become President of the United States in 2024 I am going to change the I.R.S. code and give all Americans the ability to make up, change or fix their forms for any past years and excuse them for any back taxes they may owe. So all Americans will be given amnesty for all their forms for any and all years for which they need to get caught up. The reason for this comes down to the fact that Social Security needs to reach the level of retirement programs. All Americans who are at least 62 years old may apply and receive at least $4,000.00 dollars a month. The minimum wage for Seniors will not be below $4,000 dollars a month. I will have my administration work with Congress with regard to payments and amounts but at least our seniors will get the $4,000.00 dollars a month. I will also make sure the Internal revenue service will lose it’s power to take away a persons property nor levy bank accounts of citizens without due process.