Good day today and I am going to talk a little about myself. I have gotten my checking account this week, one of the key components that fulfill legal requirements for my upcoming presidential campaign bid to be President of the United States for 2024. I have run for President in 2012 and you can read my 3 copyrighted speeches here on Shockwave.us (links: Oil policy, Israel policy and Immigration policy) that I wrote in June of 2012. They may have been read and used when President Donald Trump appeared to have fulfilled while he was President of the United States. 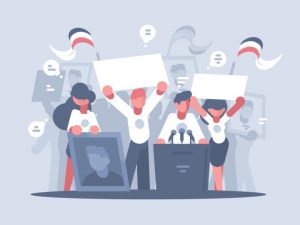 I will soon be announcing my run for President of the United States again for a third time. Let’s hope this run will be the fulfillment of a long time dream of mine! I have spend approximately 25 years preparing for this coming battle for the Presidency. I am a Democrat and I am a conservative. My difference in my opinion from the Republican is I want to help the poor people of the United States and the social issues which come with running for this office. If you look at President Biden you can see everything he does seems to be a failure. I want to rectify everything he has caused wrong and fix what he broke. By law I cannot announce my candidacy and receive contributions until I fulfill all requirements of the Federal Election Commission (FEC), but you may read all that I have published on Shockwave.us for an unadulterated view on my own methods and give insight into how I would lead this country.