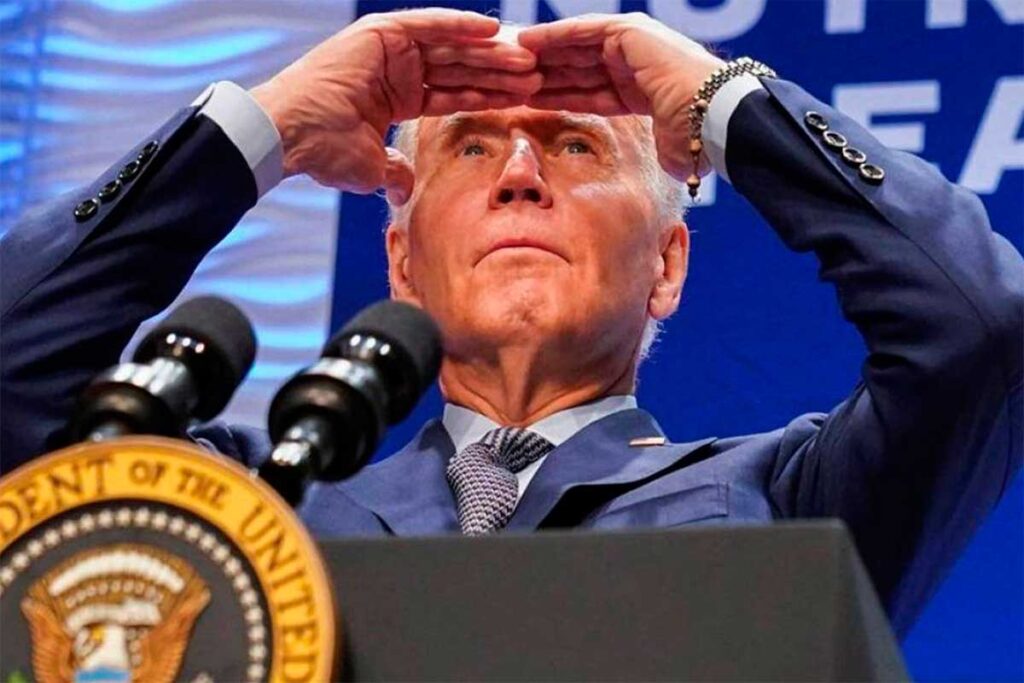 During a speech today, President Biden called out Congresswoman Jackie Walorski, but there was one problem: she died last month in a car accident just outside of Goshen, Indiana. This isn’t just a gaffe, but an outright lack of mental awareness and cognition traits. President Biden is just a disgrace. He should have known that Walorski died last month. It is both sad and scary, considering that he controls the U.S. military and the nuclear codes.  How can this man be in office when he is mentally ill?

Ironically, he was speaking at a rally to get money for helping Democrats to win in November 2022. Let alone the optics this would have been for another President such as Trump or Obama to be politically fundraising during the worst natural disaster of his presidency in the United States. But to spout off nonsense after nonsense is beyond reproach. For gods sake everyone knows he is a loose cannon and is out of his mind. We have the 25th amendment and it was created for this exact reason Biden is out of his mind period.