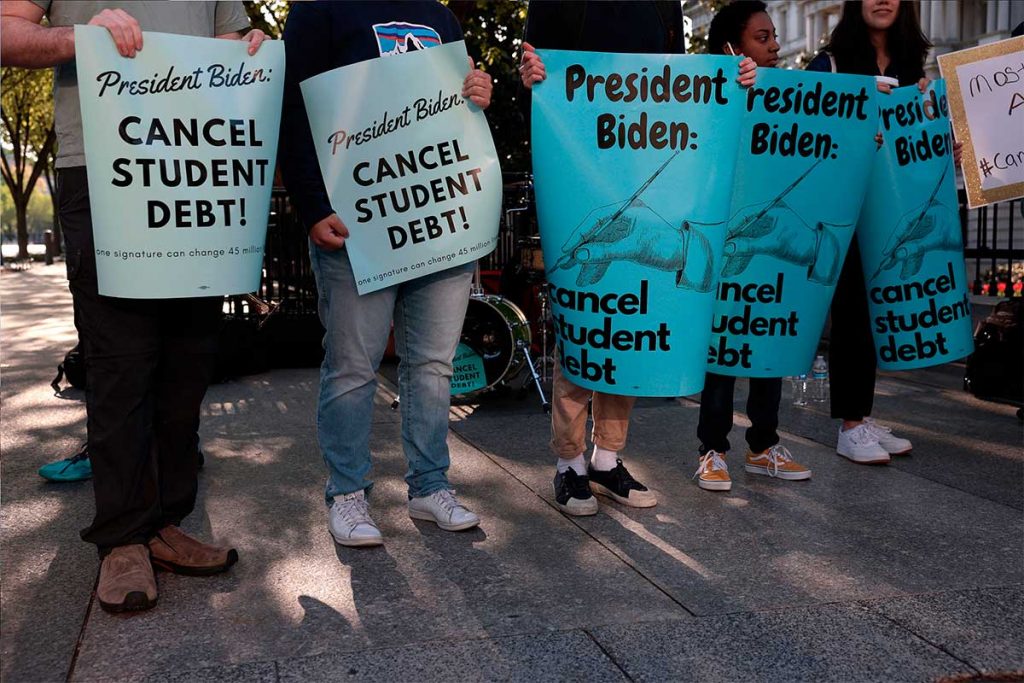 President Joseph Biden and the Democratic party have now made it clear they wish to pay off $10,000 dollars of student loans for colleges which has accrued a lot of interest. The Idea sounds good till you get down to the nuts and bolts of the huge debt in total amount for so many Americans who have this debt.

The next issue is only congress has the right to pass money into the American system. President Biden acts like a Communist because the laws are for you and not him according to Speaker Nancy Pelosi who said it was unconstitutional what President Biden and his cabinet are going to do in spite of Congress.

Next tornado for Biden is who is going to pick up the tab? But President Biden needs to pick up his lousy ratings or the Democratic will surely loose the United States House of representatives and the United States Senate so any law means nothing when you control all three branches of government.

If I were President of the United States I could pay off all $1.8 trillion dollars of student loans for all who took out student loans. Then I would give all Americans who are legal citizens $40,000 in free money to do with as they seem fit. They could place the money on a new house, buy a new car or buy multiple cars for the family. Better yet I promise to make sure the money is non tax able period thank you again and I hope you vote for me for President of the United States in 2024.