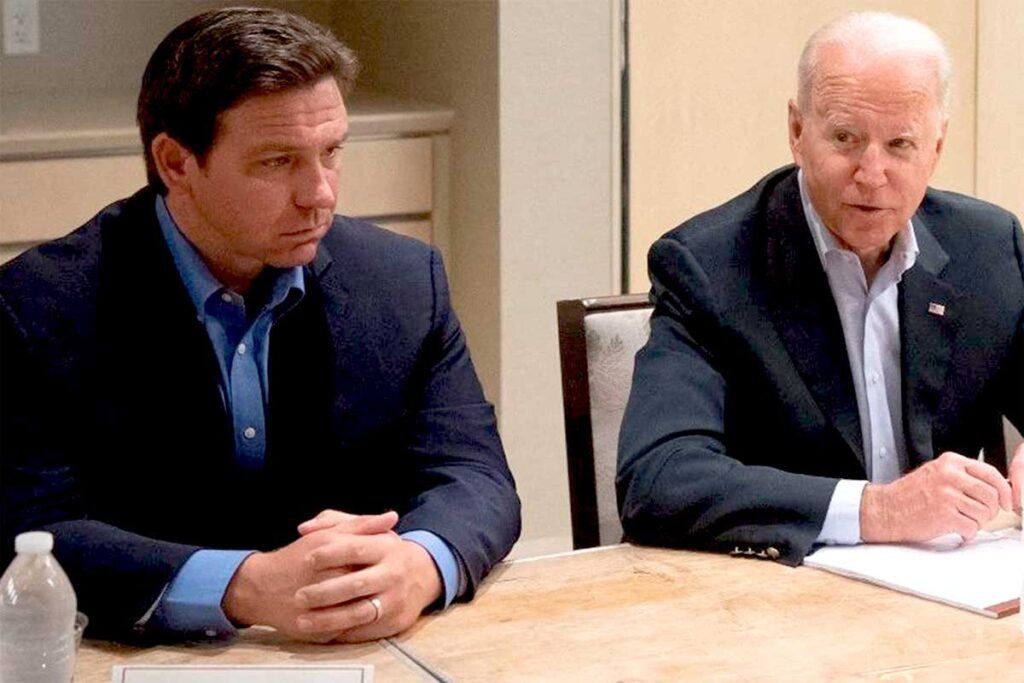 President Biden and Governor Desantis finally meet. They actually succeeded in putting the people of Florida first instead of politics. But let’s face it: this is actually something that should NEVER have been marred by political one-upmanship in the first place. Unfortunately, with the current makeup of the current Democratic Party in a form that barely resembles an American political organization, other people around the world are watching, in real time, a superpower fall to its knees in record time.

That’s right. Our country has inflation, high taxes, shortage of petroleum, homelessness, violent crime, abortion late in the third trimester, robbery, rape, and illegal aliens flooding our country. All this because President Biden, along with the United States Congress can’t get it together. But finally the president went somewhere besides his home in Delaware where he goes almost every weekend to the tune of $177,000 dollars per trip.

But for now since both President Biden and Governor DeSantis came together for one disaster, we can breathe a sigh of relief; at least the country’s citizens can come together at least once.