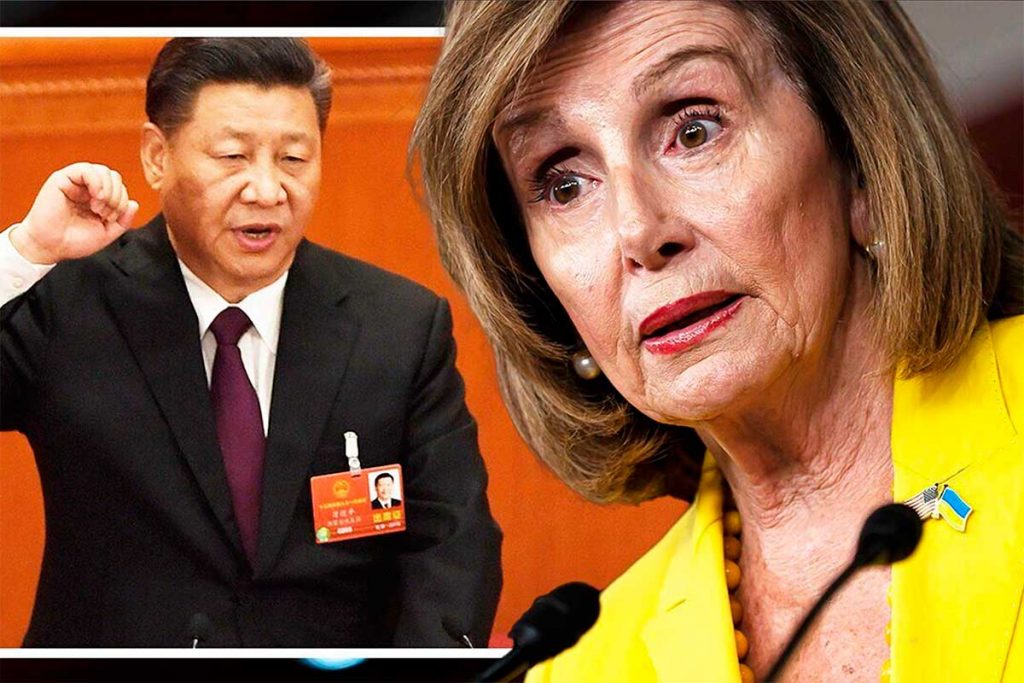 Right now China is conducting live fire drills around Taiwan and Xi Jinping hasn’t said when he plans to stop the blockade. China under control by Xi Jinping blockade because Speaker of the house vists Taiwan who has a democratic leadership something like the United States. Xi Jinping has lost face because he failed to understand how our democracy works, we Americans don’t take kindly to being thought of as weak and can be scared by a weak China. But Xi Jinping was called out and he looks very weak in front of the Communists party and all his saber rattling won’t make Nancy Pelosi to back down. Now all American woman should be proud of our speaker who understands China. China will only beat up on weak people and weak countries. I have to admit this story is exciting and we get to actually watch and see the sweat on Ji Jinping’s face as he sweats his possible life away. Communists don’t like their leader to look weak.

Nancy Pelosi will really humiliate Xi Jinping when she leaves Taiwan because they are still going to be in this mode of Chinas blockading  her.  China just doesn’t have a clue how to handle this situation as they try to control her. The J-20 Stealth Fighter Jets and the DF-17 hypersonic missiles are now being used to show force by China. China has stolen our design of these two military advances by by United States.