Late-term abortions, those done during the final few weeks of pregnancy before a baby is born, are condoned by only 6% of the population. The Democratic Party position, however, advocates abortion all the way to birth, and in some cases after birth. Maria Bartiromo on Fox News had a lot of very good speakers along with Donald Trump Jr., who spoke passionately against abortion, and was attempting to make sense of the Democratic Party position. He is a very good speaker and he has his head on straight and doesn’t call people names and speaks with power and he shows that he has Honor and represents his family name with pride, honor and love for our country. 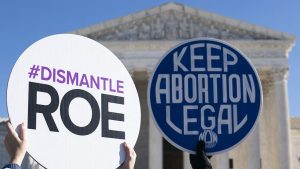