Gwen Berry took the Bronze medal in the preliminary hammer throw in the U.S. Olympics trials. While the National Anthem was being played, she turned her back and held a shirt stating to the effect she is protesting. While racism is not the sole indicator of this protest, it is noted that the gold and silver medalists were white, while Berry is a Black woman. It is not really known specifically what Berry is protesting, though her actions coincide with many other predominantly Black athletes protesting the problems and issues that befall law enforcement interaction with the Black community. It’s sad that the protests detract from an otherwise celebratory moment for Americans as a whole through its exemplary athletes, and that the rest of the world shakes its head in puzzlement.

Just to be clear: America has its problems that need to be rectified, including that of race. But the implication is that those problems are to be solved TOGETHER, as AMERICANS. For striking contrast, witness how Gwen Berry’s actions on the podium compare with that of iconic American sprinter Jesse Owens during the playing of the U.S. National anthem during the 1936 Olympics in Berlin. It should be noted that the German sprinter who came in second showed more respect to the United States with his pre-WW2 Nazi salute than Berry did with her actions. 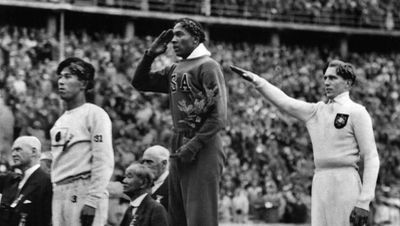 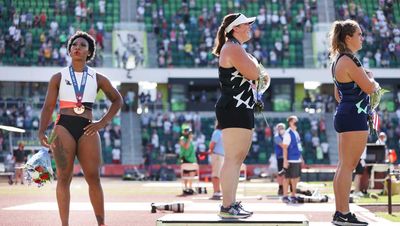