The Ohio primary election is today, and it looks like a huge landslide for the Republicans. There is a senate seat up for grabs and it looks like former President Donald J. Trump picked 14 different Republican politicians. Now it looks like all 14 have won the primary. This cannot be interpreted as a mandate not only on President Biden, his cabinet, and his hurtful executive orders that have hurt the country, but also on may establishment Republican officials who have backed moderate republicans. The biggest prize would be for J.D. Vance to win. Previously a relative unknown candidate in a crowded primary, Trump’s endorsement will most probably put him over the top and make him a commanding favorite in the general election. 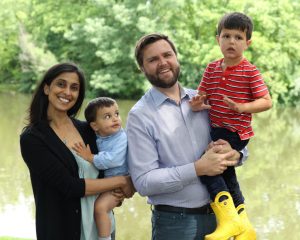 In the meantime, someone in the Supreme Court leaked a memo showing that there are enough Judges who will opine to overturn Roe v. Wade. It is amazing that the Democratic party is thinking that this will give the Democrats a big story going into the November elections. But they don’t realize the actual problem facing them: Approximately 60% of all Americans don’t like abortion to be performed up to the child is born (and sometimes after). Most Americans do approve of some level of abortion in the first trimester, but after 12 weeks the fetus shows signs of life that included pain and its own heartbeat, and from that point the percentage of support for abortions drops significantly.