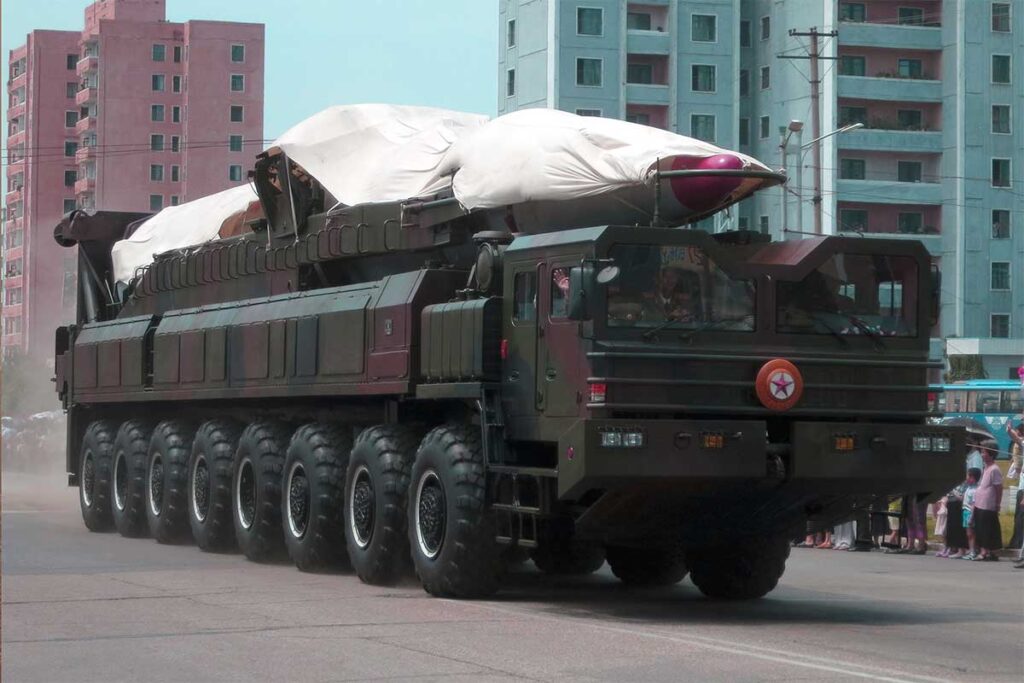 A representative of longtime ally South Korea said earlier today that North Korea just fired 2 short range ballistic missiles over Japan and landed in the eastern waters past Japan. A nuclear powered United States carrier group joins South Korea war ships after this display of force by North Korea. The question now is why don’t we have at least 3 space stations in outer space so we can just blow them up as they launch and if we use nuclear missiles to blow them up well. That would change the world and let Russia, China and North Korea that the time has come for these rogue nations to shape up or suffer consequences. It is time we teach these communist nations that we are so far more advanced that these countries, and that democratic freedom is the only way that nations can live in peace and prosperity for all its citizens.

This world is too small for nuclear weapons to be held by so many countries. We need to form a world where we all can prosper and live happily ever after. We need dominance through our own ability to follow the U.S. Constitution, applying its principles to every other country not through force, but through words and transactions. We better wake up to the fact that the proven-minority oppressive governments of Russia, China, North Korea, and Iran better get a new life and direction. This includes the ability to acknowledge their citizens’ right to be free. Children and families need to be safe all over the world instead of trying to be dominant. Jesus Christ is our hope and salvation, God bless the United States and let all the world be free from communism and global dystopia.

In a personal note, family friend Diana wants children and may her hope come true sooner rather than later. ❤️