Memorial day weekend is upon us as we give thanks to those who gave their all for the protection of the United States of America. I plan to upgrade our military and space programs if I am elected President of the United States for 2024. I plan to build up to 10 aircraft carriers and the fleet made to protect the carrier group. My plan is to also build 30 brand new submarines, 30 US missile ships to protect our regular fleets. I also want to build 10 battle ships, a full flotation armada including 30 brand new destroyers, including an upgrade of every weapon. I want to build at least ten new ice breakers to allow our new fleet to navigate the strategic Arctic Ocean in the northern polar region, with our enemy Russia so close to Canada and Alaska. These new ships will all be able to break up ice in harbors and in both north and southern ice flows. Finally, I plan to build up to 3,000 new tanks and missile launchers. I want new vehicles to be able to carry fuel, food, and hospital support teams to be able to handle any medical emergencies, first and foremost for our troops, but also for civilian casualties of any nation, as well as captured enemy military personnel. 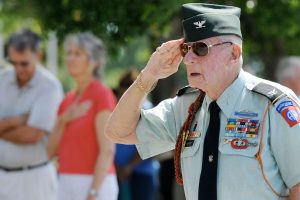 Now I won’t go into the space stations in this article, but I have written many articles (list here). But I will be building military ships for launching into orbit. I plan to build 3,000 new aircraft and they will all have stealth technology. I will upgrade our long range bombers by at least 1,500 new bombers for the first phase, then 1500 more in my 3rd year in office. These space ships will be large ships capable of carrying up to 80 people. I plan to give our military a one-trillion dollar raise, effectively tripling their current rate of pay, and to keep them up to our new high standards. The six military branches (Army, Navy, Marine Corps, Air Force, Space Force, and Coast Guard) will be given a budget that is second to none, with their account escrowed as their budget will always be paid in full 2 years before the money is needed so they won’t have to beg Congress.

Finally, I will quadruple our CIA and FBI, after weeding out all the individuals who have not utilized their organization for the betterment of the country. I have talked about the FBI in the past, and will also ensure that the CIA and their counterparts, the DIA (included in the military budget) and the NSA (budget doubled), are instructed to cooperate fully with no destructive interagency fight for control.

My name is Robert Jordan. God Bless our troops and the United States of America. I am the owner of Shockwave.us.