In 6-3 ruling today, the United States Supreme Court struck down New York’s concealed-carry law. Former President Donald Trump now has his legacy, as he was the one who picked the last three justices for the Supreme Court who are more inclined to base their opinions on the Constitution. In the last 50 years the makeup of the court has tended to vote with more prevalence on popular culture, which is entirely against its founding principles, but now the tide has changed. At this point, there are six jurists from Republican presidents, five of them who rule on a relatively consistent basis on Constitution, while the other three justices appointed by Obama and Clinton (and one soon-to-be Biden appointee) have ruled in accordance to popular culture and liberal principles, decidedly against the Constitution for the most part. 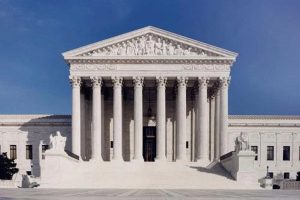 The case in point, New York State Rifle & Pistol Inc. vs Bruen, addresses New Yorks “proper cause” amendment that requires individuals to provide proof to the state that they need to carry a concealed firearm for their protection while away from their residence. Normal self-defense claims were rarely granted, and this violated the provision of the 2nd Amendment that specifically warned any government entity not to infringe on the right of the gun owner. The 6-3 ruling was made by the five reliably conservative justices, along with Chief Justice John Roberts. The three liberal justices dissented.

What does this mean? Now a normal, non-felon-holding citizen can get a concealed carry permit with no pushback for the most part. Of course, other restrictions may apply, and with the recent presidential signing of the Red Flag laws enacted by Congress, may pose a problem as it eliminates due process from gun confiscation in many instances. But for now, a new day in history to actually have a Supreme Court stand up for freedom. With the citizens in New York and other states we will be able to defend ourselves with concealed weapons. Let the freaking bad guys get taught some American Justice and go buy hand guns and get legal permits thank heavens for this ruling.