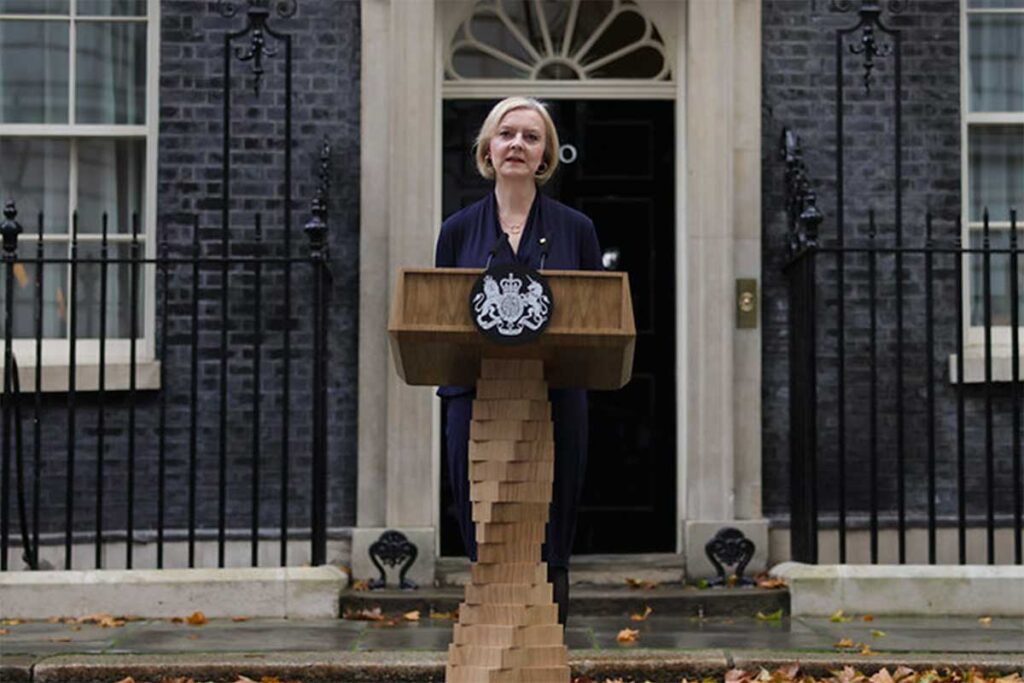 Liz Truss recently resigned as prime minister of the United Kingdom. She was in office approximately 44 days, the shortest amount of time for a prime minister in British history. She promised to cut taxes, which was necessary to help stave off massive inflation and skyrocketing energy prices. But because the government refused to cut spending as well, the British currency tanked, lowering the pound at one point down to $1.03 USD, and for the first time becoming lower than the Euro. As the rest of the country is now reeling under the massive effects caused by Covid-19 lockdowns and massive cultural changes, Truss felt that she didn’t have any chance of keeping the Conservative party together and had to resign. Next week there will be another vote, but the manner in which the British elects their leaders is through party voting in the House of Commons and not through electoral voting as in the United States.

As an addition to yesterday’s article about the Russian annexation of four more Ukrainian provinces, President Putin ordered curfew of those provinces. Now the people living in those 4 cities must evacuate or face the possible arrests in those areas so their are a lot of people moving out. It does appear that President Putin is not up to par for he didn’t talk about Crimea which is the reason he build that bridge that was blown up last week.

Those 300,000 men that was drafted into the Russian Army is going to be facing the freezing weather and with how Russia handled the invasion approximately 8 months ago they didn’t have fuel nor water and food. Russia will not be able to hold those 4 areas and may even lose Crimea. If he did use tactical nuclear weapons that area will not be habitable and if somehow 2 tactical nuclear weapons hit Moscow and 2 other large cities in Russia and they have oil Russia will be up a hole that China would like to fill.