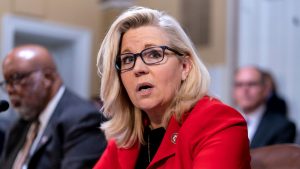 So Liz Cheney is trying to get President Trump to be charged with sedition which is crazy because Sedition is impossible because he was President of the United States. He didn’t organize the demonstration that all the people went to Washington on January 6, 2021. President trump actually asked all the demonstrators to march peacefully. Oh by the way not 1 person was ever charged with sedition but her hatred for President Trump made her look like she was for the impeachment of President Trump which is crazy. To impeachment that was charged by Democrats is the most crazy impeachment ever brought upon a great president ever.