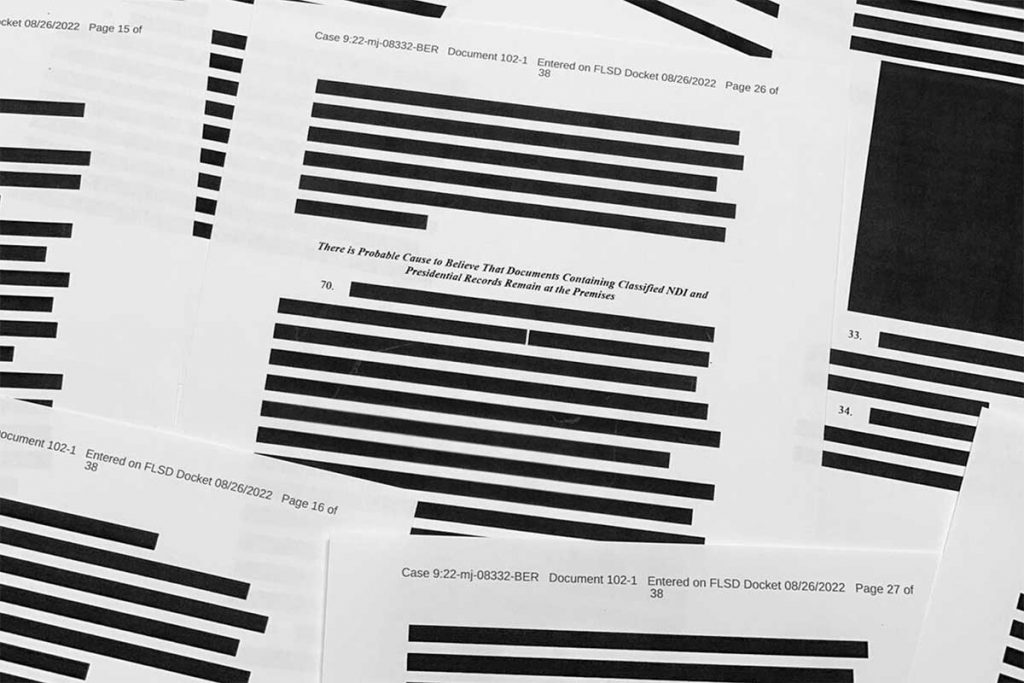 A federal judge ordered Attorney General Merrick Garland to release the redacted Affidavit, obtained from the raid on Mar a Lago earlier this month, by Friday. This affidavit was the reason that allowed the Justice Department and FBI to raid Former President Donald J Trump and what was actually an illegal act to search President Trump and let these 30 FBI agents to raid and take out all the declassified materials, formerly classified with security ratings including Confidential, Secret, and Top Secret. Tomorrow, I will be reviewing this case and why the government did it in this way.

By all existing laws and statutes, the Justice Department and the FBI violated the law by taking all declassified material from former President Donald Trump located anywhere in the Mar a Lago residence inhabited by Trump and his family. I will lay out tomorrow why this raid was unlawful, and factually back it up by by former cases that have already been arbitrated by Supreme Court precedence and all the other laws.