George Soros has donated tens of millions of dollars for 75 liberal democratic District Attorneys. However, it has finally started to backfire on Soros and the cities in which they were elected, as reported on by Fox News. American citizens are allowed to donate to any candidate, but most of us are limited to $2,800.00 for either primary or general election, or $5,600 for both. Yet as much as two million dollars was given to Georgia gubernatorial candidate Stacey Abrams by Soros, but that failed to help her. Chesa Boudin, San Francisco city District Attorney was also backed by Soros, and he was just recalled. 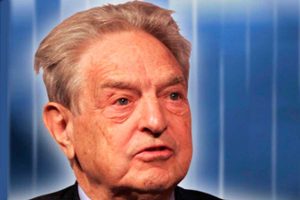 I don’t believe that George Soros had any idea that some of these district attorneys were so far out in left field that who could have known that their politics was meant to hurt normal human citizens. Some of these district attorneys are not even following the law that is in place, that it looks like Soros had planned to get district attorneys who let all these black people out of jail so they would kill each other, which in it self crazy. I’m sure George Soros is against murder I hope…or does he have another agenda against America? While conspiracy theorists may have been claiming this for decades, since the seventies, the fact that Soros has been backing individuals against common American principles is very telling, and we must organize ourselves at the ground level to support candidates who support all Americans.