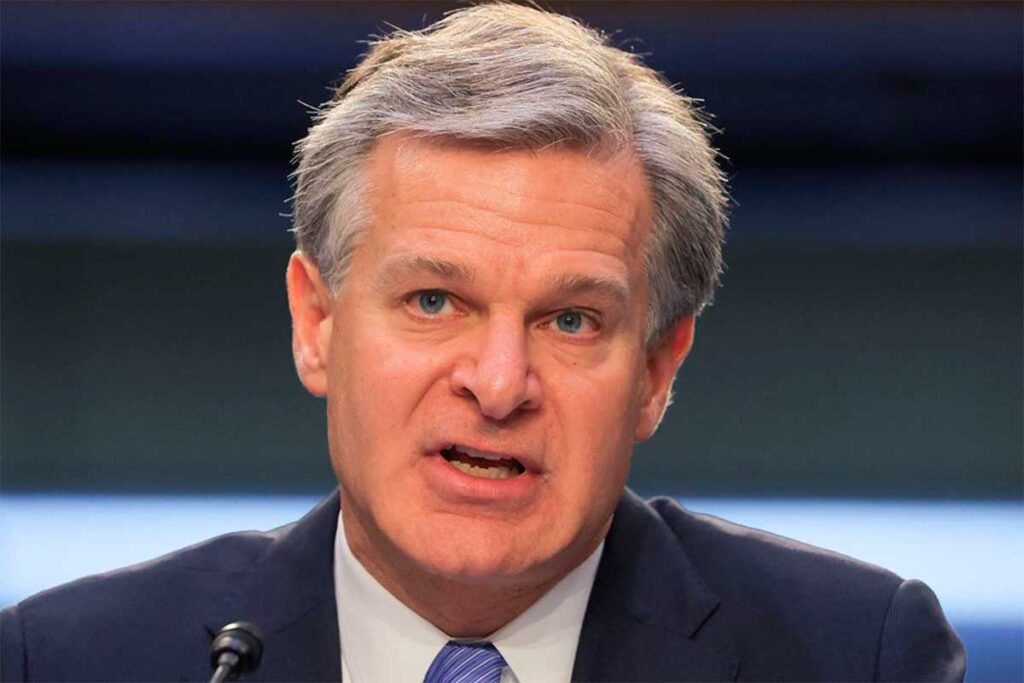 Federal Bureau of Investigation (F.B.I.) Director Christopher A. Wray said in a hearing that China is the number one threat to the United States of America. We must keep alert to ideas, innovations, and economic conditions is China. Unfortunately, Director Wray also refused to answer whether several dozen FBI instigators were mixed in with Trump supporters during the Jan 6 protest in the Capitol, which may exonerate dozens, if not hundreds, of Jan 6 protesters languishing in the DC jail awaiting hearings.

If I am elected President of the United States in 2024 I plan to ask Congress to hire approximately 150,000 more employees. I especially want 4 to 6 times more investigators in the field offices and triple the support staff to help all the new agents. I plan to make the budget 7 times more than it is now. I also plan to triple the Central Intelligence Agency (C.I.A.) though their budget is classified but I will at least triple their budget since China and Russia are both communists. Now for the military I plan to build three American space stations with a 30-trillion dollar budget for exploration of space, and defense of the United States and its allies from space.

I also plan to give all Americans over 18 years old and an American Citizen $75,000 dollars and I will make sure that the money is tax-free. We will be paying off the national debt of approximately 32 trillion dollars also paying off the school debts of approximately 1.8 trillion dollars. Then I plan to build at least 30,000 miles of aqueducts, building at least 100 million homes of different sorts and I will be building water ways throughout the United State all of this will be if I become President of the United States in 2024.