The Dow-Jones Index on the New York Stock Exchange dropped six weeks in a row as of today. Even the jobs number came out with over 400,000 jobs added, but in turn we lost over 300,000 jobs so it’s just amazing how volatile the DOW and jobs are coming out. Fox News reported that President Biden is in over his head, so when the November elections come it’s showing the Republicans are going to slaughter the Democrats. If it turns out that the Republicans take back the house with a 44-member lead it’s going to be impossible for the president to get anything passed. The Senate is looking like they may take a 6 to 10 seat lead also. Will the Republicans going to impeach President Biden? While it would seem a no-brainer, presumptive Republican Speaker Kevin McCarthy has indicated that he was not going to allow impeachment proceedings to occur, as there is no possibility that the Senate could achieve a 67-vote indictment necessary for an impeachment to result in Biden leaving office. 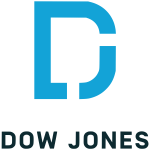 But that’s not the real issue at hand. The economy is a total mess, and without systematic changes across the board, including both the executive and legislative branches, America is in for a deep, dark recession for much longer than most people imagine.