The Dow Jones index has just registered its longest 8 week losing average, surpassing that which resulted from the 1929 stock market crash, around the beginning of the Great Depression. If it continues for a short time, it can pass the longest losing average of all time, dating back to 1923. Here is the problem as it stands with the White House, starting with President Joseph Biden, Vice President Kamala Harris, the Fed’s Janice Yellen, all the way down to Transportation Secretary Pete Buttigieg, who can’t even get baby formula for the people. What is galling is that he and his husband has adopted twins, so he should know the problem that parents have with raising babies through childhood. 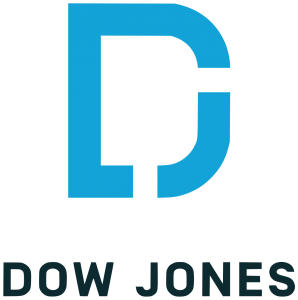 Now onto the war in Ukraine. The last of the Ukrainians gave up and surrendered to the Russians in the  Mariupol steel plant, most of them members of the controversial Azov Brigade, who allegedly took in hostages to help in the fight against the Russian invaders. But this week President Biden while in South Korea signs the 40 billion dollar aid package  for the Ukrainians. Seeing all the damage from bombs and just on onslaught of damage from the Russians is just pitiful. President Putin has no remorse for the poor people of Ukraine just his greed for more land which he can’t use at this time anyways. Never forget Aldoph Hitler and what he did to the world and when you watch President Putin you will see the same madness and evil in his heart. Now we all know that Communism isn’t a form of governing of human beings it is slavery and with no hope of having a descent life it consumes all that is good in life and it’s hatred of everything is exactly what President Putin is filled with and he will die a lonely man.

President Biden is so far out of touch with reality that he can’t even see the problems that the poor and average people of the world are going through and it has just started we have a long way to go before we hit bottom and it’s sad the world will see so much pain in the future and it can be halted and reversed but they don’t have the ability to fix the problem of the world now nor do they have the answers for the future. I have written all the answers to all the problems all they have to do is read all my articles over the last 6 years and read my copyrighted speeches from 2012, located below:

Thank you. I am Robert Jordan, owner of Shockwave.us.