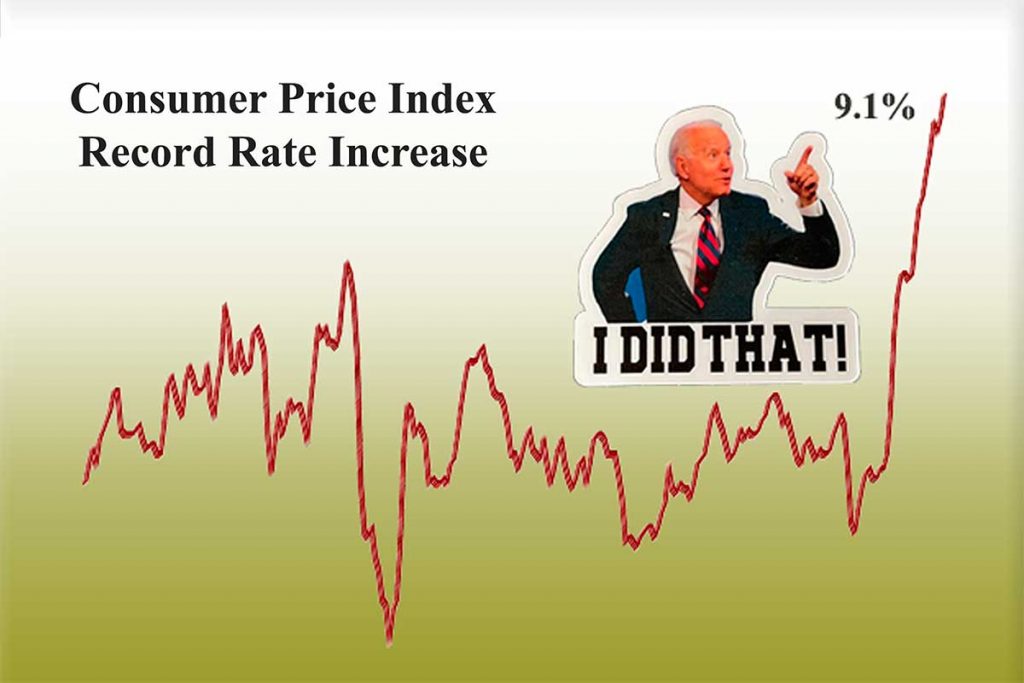 The Consumer Price Index  (CPI) hit another huge high at a skyrocketing 9.1%. The Biden Administration was shocked as no one expected this number. Inflation is slamming our economy and the world economy is also taking a big hit.

When I ran for President of the United States I had researched extensively on economics; specifically, what happens to money when processed into the American economy. Through those ten years I learned how to change the United States into a super massive powerhouse as compared to the rest of all the major countries.

As (still) the only country with a functioning, individual centric Constitution that mandates rights for individuals and companies, the United States has to be the largest economic power that drives the rest of the world’s economy. I have come to the conclusion that our modern and future economic growth begins with the technological development of science in outer space.

Meanwhile, China is still at 15 trillion dollars. We would be on track to tripling Chinas GDP, which immediately ends this economic war between our countries, much of which is going toward negative growth rather than bringing everyone forward.