I feel for the Ukraine people who want nothing but making a family and to worship in peace. President Putin has been doing nothing but shooting rockets, missiles, dropping bombs, and Russia’s Tsirkon hypersonic missile is a new way to kill children, mothers and fathers who are nothing but families who are innocent and Russia doesn’t own any land in Ukraine. Question is why is President Putin murdering so many innocent people. Why doesn’t President Biden bring in 4 aircraft carriers and level the playing field. If the United States believes in God why would he let Russia just level Ukraine who can’t possibly stand a chance against that behemoth Russia military. 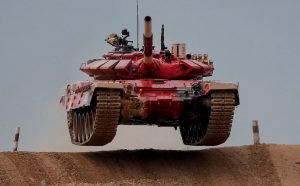 Let me say this when I ran for President in 2012 and 2020 I knew what the office was there for and it isn’t there to have dinners with foreign leaders while Russia just demolish every building in Ukraine kill 10s of thousands of civilians while he is meeting with the G7. If I were President of the United States I would let the full force of our Air Force start flexing our muscles period. But President Biden is and has been the weakest President even after years ago we watched President Jimmy Carter who also like Biden didn’t have a clue.

To all America don’t ever forget those two Presidents who were both yellow and had a yellow streak down their back. Never elect a yellow-spined President of the United States. Remember when President Obama killed Osama Bin Laden? Back then Vice President Biden tried to talk him out of killing Osama Bin Laden that is all you needed to know.