Memo to all news agencies who talk about Washington D.C. politics:

Now here is how you news agencies can tell the truth and put Biden’s lies to rest. You have heard Joe Biden speak the following lies: 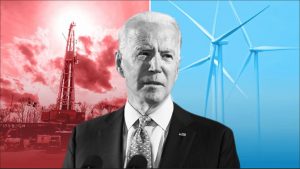 Russia is like America: We both have lots of oil and natural gas and coal, actually a lot more than Russia period. Now since Putin’s currency has risen in strength because he doesn’t give a hoot about global warming as John Kerry is blowing smoke out his ears about this. Putin is drilling for oil, fracking for natural gas, and digging for coal, while Biden said he is going to stop all drilling, fracking, and digging period.

At this point, the president is just a mentally sick and out of touch individual. I am so sick watching all the news and he is just standing there staring into space. I am sure all you press corps need to take off your ear muffs and start treating this man as you would treat former President Trump, because before long we may be attacked by Russia and China. By then it will be to late if we aren’t careful. Now grow up media and speak to the truth of all this nonsense. President Biden is a mentally deficient man, not able to even ride a bicycle. It is time to talk to him as our President and point out all his mistakes so he can realize that he is not fit to be President of the United States while our country is in jeopardy.