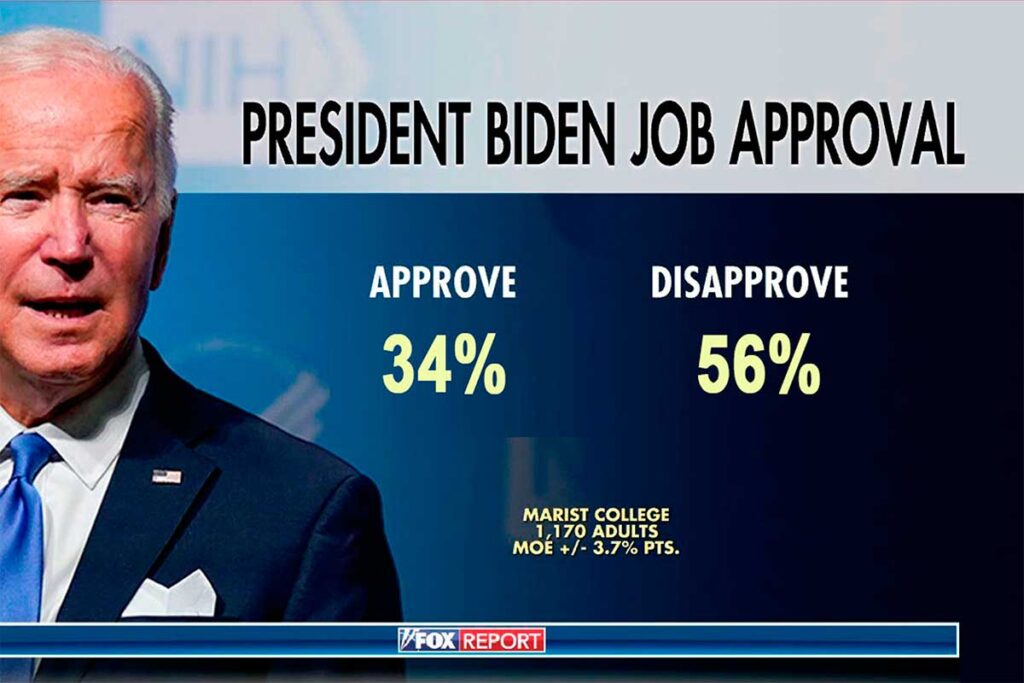 A Fox News poll shown on Breit Baier Wednesday December 14, 2022 shows that President Joseph Biden job approval hit a low of 56% disapproval. It dropped from October of 53% his approval also dropped from 46% in October to 44% but in my personal situation, the price of gas seems to be getting just a little higher from its lows.

The main problem for our President is that people don’t have as much spendable cash on hand as we did last year. My opinion is that President Biden and the Democratic party was able to recover what appeared to was a huge jump in single woman who were of child rearing ages to really take the problem of abortion to the ballot boxes last month when abortion was a very big issue and that was able to let the Democrats hold onto the United States Senate because it was looking like during the summer of 2022 that the Republicans were going to take a huge red wave, but certain irregularities in voting patterns allowed the Democrats to control the upper chamber.