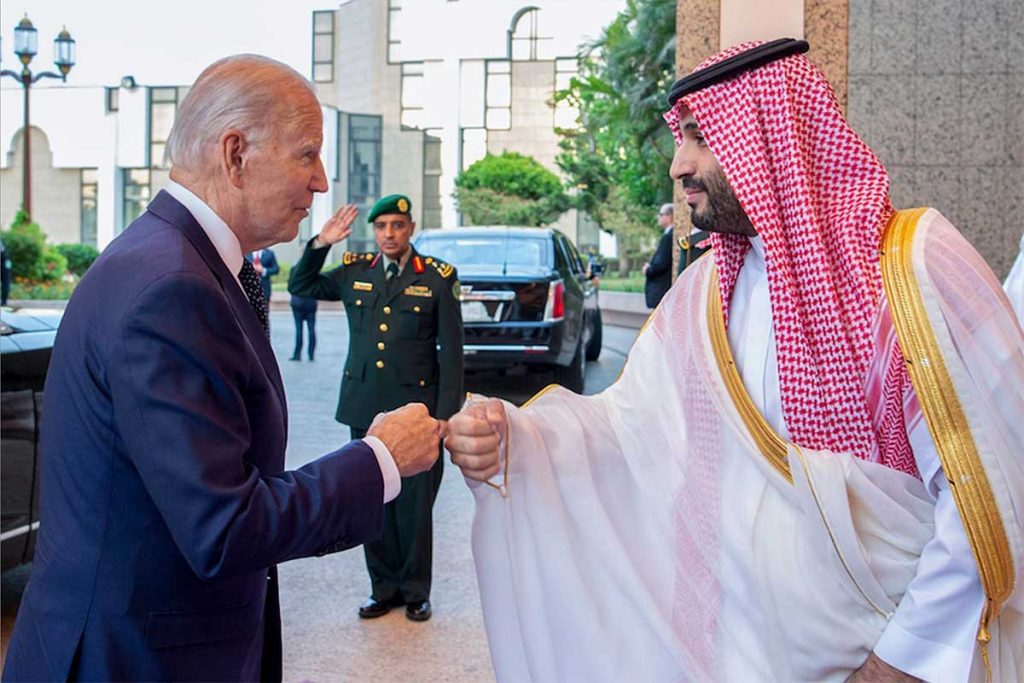 The fist bump that President Joseph Biden shared with Saudi leader Crown Prince Mohammed bin Salman was roundly criticized by many people from both side of the political spectrum. Democrats mainly criticized it for being chummy with a government regime that had murdered  Washington Post contributor Jamal Khashoggi in Turkey, while Republicans were critical of Biden’s failed attempt to make a deal buying gas from the Saudis.

But the fist bump ITSELF was the reason for much of the criticism in the media. For the past two years, fist bumps had routinely replaced handshakes in deference of the Covid-19 pandemic, so one may have approved of this method of greeting. But just hours previously, Biden had shaken hands with Israeli and Palestinean leaders, as well as hugged Holocaust survivors, during his visit to Israel.

There are tons of things that have already been written about Biden’s total incompetence and medical condition that should preclude his hold on the presidency, but the fist bump should not be one of them.