The housing market consists of approximately 20% of the United States economy. The NYSE, NASDAQ, and S&P 500 all tumbled today. You can be sure most people with retirement portfolios based in the stock market are taking a big hit in their retirement. The White House press secretary, Karine Jean-Pierre, can’t even answer Fox News White House correspondent Peter Doocy’s questions, and in fact can’t even look Peter in the eyes as she is so busy trying to find her prewritten answers.  I feel bad for her when a person is in a position where they must speak to the truth, yet she doesn’t even understand the question, let along give a coherent answer is lame. She is just sadly to say in over her head. 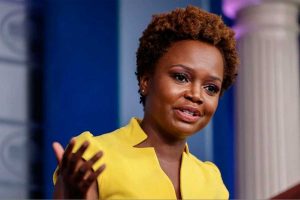 But then virtually everyone in President Biden’s administration look like fools as well. How can President Biden improve? Putting aside for the fact that he appears to have dimentia, I would tell him to keep his wife at home and stay in Washington and deal with the problems that he has wrought onto our country. I’m sorry to say but President Biden and his wife Jill Biden are doing a worse job of running the country than Former President Jimmy Carter, who is probably thanking God for the ineptitude of both Biden as well as Vice President Kamala Harris and the entire cabinet. Carter was able to stay alive for President Biden and his wife to take last place among presidents who failed America. I was a young man when Carter messed up most of the country before President Reagan, a true man of the people, came into office. It takes a special breed of person to run the United States, with very few people having the wherewithal to pony up to the task. But Joe Biden will never have that moxy, particularly in his medical state.