Roe V Wade was over turned today by a 6-3 decision and the court ruled that each state must make it’s own decision involving abortion and it’s perameters. In 1973 when Roe V Wade was decided most everyone said it was a faulty decision about abortion. The main reason is Abortion is not in the Constitution. For sure the United States will be revisiting so many old cases and even the big cases that the old liberal, laws passed by rhe Democratic elected  Jurists who are Activists judges. 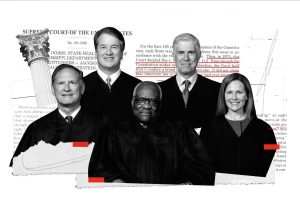 Let me give you the reasoning behind these Activists United States Supreme Court Judges. When the Supreme Court decides a case to take on it’s docket they should first look is the case an actual case that is in the constitution for instance. Gun laws are contained in the second amendment now the case can be looked at by the amendment and the Justices have a basic strong law to start with. Now the other Constitution law will help the supreme court be able to make good laws for everyone to be able to make the United States run efficiently.